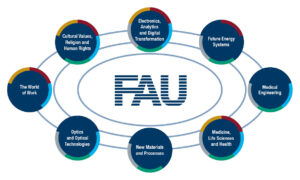 The interplay of cultural values, religions, and human rights offers numerous possibilities for interdisciplinary research. Projects may inter alia aim at conceptual clarification, historical, cultural, and phenomenological analysis, critical normative reflection and recognition of cultural specificity, exploration of the modes of institutionalizing values at different levels (global, regional, national, local) as well as at empirical research on normative attitudes and their impact on individuals, groups, and states. Many projects can best be tackled in cooperation. In intercultural perspective, we address questions of cultural mobility, discursive shifts, and global negotiations of the meaning of religious, cultural, social, and political patterns and practices.

Culture is understood as a comprehensive and complex system of meaning production, memorialization and appropriation processes, and as a field of action (e.g. problem of violence) in the context of global conflicts regarding normative values. Thus, both culture and religion figure in the plural. In this research field, we will examine this plurality concomitant with a due reflection of the definitory fuzziness of conventional terms such as “multiculturalism”, “interculturality”, “transculturality”, “interreligiosity”, “melange”, “syncretism”, “creolization”, etc. and the manifold controversies in which they figure.

The title demarcates an area characterized by various tensions, which can be productively engaged, but which also, time and again, have caused misunderstandings, conflicts, and even cultural wars. Owing to their universalistic claims of validity, human rights differ conceptually from conventional cultural values. This has resulted in tensions, for instance, concerning the understanding of gender relations. For all the differences, however, human rights at the same time presuppose a positive backing through cultural values in order to take roots in people’s lifeworld. Moreover, human rights inter alia facilitate fair and peaceful coexistence of people of different religious orientation. This requires a conceptual and institutional differentiation between human rights and religion that is often addressed under the heading of “secularism”.

At the same time, the right to freedom of religion or belief, as part of the broader human rights framework, indicates that secularism does not necessarily oppose religion. Indeed, the frequently assumed general bifurcation of religion and secularism does not adequately capture the manifold configurations that exist between these two concepts and phenomena. Similarly, the relationship between religion and culture, too, harbors many tensions and conflicts. For instance, theological reformers have often criticized the amalgamation of religion and culture as obfuscating the theological core messages of their faith. At the same time, people may also critically expose religious authoritarianism in the name of autonomous cultural values.

By now, digital transformation has reached all sectors of human society. With highly visible main research areas, FAU fully covers this field by addressing scientific and engineering conditions as well as various applications. Digitization starts with basic hardware created by modern electronics. Electronic components, sensors, switching technology as well as signal processing and transfer are parts of this key research priority at FAU. With more than 1,000 researchers, the High Performance Center for electronic systems – a joint initiative of FAU and the Fraunhofer Gesellschaft – stands as a nationwide beacon. In addition, research in the field of information technology brings forth new forms of communication, e.g. state-of-the-art audio and video coding (Home of MP3), or Big Data Analytics.

The field of Modeling and Simulation covers the research on numerical tools for data analytics and the definition of complex system. The aforementioned basics of information technology are used in the development of innovative models and algorithms. The Central Institute for Scientific Computing (Zentralinstitut für Scientific Computing, ZISC) pools the methodological bases as well as the widespread application through all disciplines.

The digitization of our society in industry, communication and the personal environment is the field of work and research. Examples include social media as well as the change of social and spatial conditions, which can be examined by digital geography. Networks such as the IZ Digital or the Center for Management, Technology & Society allow for interdisciplinary research.

The key research priority combines research from natural science, engineering, and economics in order to contribute to designing the future energy system. Activities span from fundamental research in chemistry, biology, and geology to applied research in chemical engineering, energy process engineering, computer science, mathematics, and economics. Strong research areas across faculties include photovoltaics and hydrogen systems, geothermal energy, e-mobility, advanced materials and processes, energy networks, as well as energy markets and energy system analysis. FAU’s activities are strengthened through close cooperation with research institutions such as the Bavarian Center for Applied Energy Research (ZAE), The Helmholtz-Institute Erlangen-Nürnberg for Renewable Energy (HI ERN) or the Fraunhofer Institutes IIS and IISB. FAU jointly with various institutions in the metropolitan area of Nuremberg have established the interdisciplinary institution Energie Campus Nürnberg (EnCN), where researchers and partners from firms and politics develop solutions for the future energy system.

Medical Engineering encompasses the development of methods, technical devices and materials for the prevention, diagnosis, and treatment of diseases. The aims are to increase life expectancy, improve quality of life and optimize cost structures in the healthcare sector. Researchers from FAU’s Faculty of Engineering are making fundamental contributions to medical imaging, telemedicine, biomaterials, robotics, therapeutic systems and basic research in biomedicine. FAU’s close collaboration with Siemens Healthcare, the Fraunhofer Innovation Cluster ‘Personal Health’ and numerous companies in the Nuremberg Metropolitan Region that are affiliated with the high-tech cluster Medical Valley provide an excellent environment for research in the field of health technology and medical engineering.

Medical technology specialists are highly sought-after by companies and research institutes, which is why the University of Erlangen-Nürnberg offers a three-year bachelors and two-year master’s program in medical engineering. This program offers in-depth engineering training, capitalizing on the strong regional health care industry as well as offering interdisciplinary collaborations with clinicians and researchers at the University Clinics Erlangen. The international standing of our medical engineering program is underscored by collaborations and student exchange programs with leading universities worldwide.

Ensuring, maintaining and restituting health are central desiderata that can only be accomplished under proper societal and medical conditions. Their determination and analysis are of paramount socio-economic relevance and represent important research topics. Parameters and requirements that guarantee or restore physical and mental health of an individual change during the course of life. These have to be determined. Additionally there is a great need to develop and implement science-based procedures, behavioral patterns and therapies that help to maintain health, prevent or cure disease. This endeavor requires intensive, innovative and integrated research activities in molecular life sciences and medicine that start out with basic science approaches and the development of fundamental concepts and eventually translate them into practice. Areas with special focus are research in infection and immunology, cardiovascular and renal research, oncology and neurosciences. Further central issues include ethical, legal, sociological and economic aspects.

FAU’s Faculty of Sciences and Faculty of Engineering are renowned for their exceptional strength in new materials research and related process technologies. New materials and processes are expected to catalyse scientific breakthroughs and push forward technological boundaries in emerging fields including energy and environment, information technologies, lightweight materials and in life sciences. In highly interdisciplinary research projects scientists and engineers from up to three faculties and 8 departments (chemistry and pharmacy, chemical and biochemical engineering, electronic engineering, information technology, mechanical engineering, material sciences and engineering, mathematics and physics) are closely cooperating.

The research activities in this area are mainly focused on the development of functional and structural materials which are constructed hierarchically from atoms and molecules to the functional particulate level and to the macroscopic scale. New research approaches which cover a wide range of length and time scales are required in order to bridge the gap between atomic and molecular architecture and component design. This applies to structural, property and process analyses, modelling, simulation, and optimisation as well as to processing and manufacturing technologies. FAU researchers are leaders in the fields of carbon allotropes and 2D-materials (e.g. graphene and black phosphorous), ionic liquids, particle technology, functional nanostructured thin films (e.g. solar cells), catalysis, self-organisation of nanostructures, bioactive and cellular materials. In particular, macroscopic material properties are tailored by microscopic design of interfaces.

The 21st century has been hailed as the century of the photon. Optical technologies, also called photonics, are considered as a key technological area for energy, industry and medicine in the decades to come. Fundamental research in classical optics and in quantum optics forms the essential basis. The resulting success of basic research is demonstrated by the extent of third party projects funded by the German Research Foundation (DFG) and the Federal Ministry for Education and Research (BMBF). Central facilities like the “Optical Imaging Centre Erlangen” support interdisciplinary networking within the university and also offer unique opportunities nationwide.